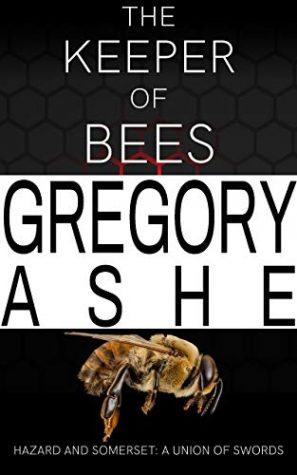 Emery Hazard has pretty much everything under control. He and his fiancé, John-Henry Somerset, are more in love than ever, despite the stress of wedding preparations hanging over them. His business as a private investigator is growing. He’s even enjoying time with his growing circle of friends. The only major problem on the horizon is whether or not he and Somers will be dancing at the wedding reception.

When Mitchell Martin shows up in his office, though, everything changes. The year before, Mitchell was abducted and tortured by a sadistic killer known only as the Keeper of Bees. Now Mitchell is convinced that the Keeper has come back, and he wants to hire Hazard to protect him.

While Hazard works to keep Mitchell safe, Somers must adjust to changes at work. A spate of new hires has disrupted the Wahredua Police Department, and Somers finds himself locked in a struggle to determine how the department will grow and evolve, with long-term consequences that will affect the town for years to come.

Then a woman is found murdered, and she has been staged and posed in a way that is eerily similar to the Keeper of Bee’s former victims. As Hazard and Somers race to prevent more deaths, Hazard fears they are already too late; the Keeper of Bees has been ahead of them the whole time.

Emery Hazard and John-Henry Somerset have become two of my all-time favourite fictional characters, and in the Union of Swords series, they’ve been thoroughly put through the wringer.  What with Hazard’s increasingly problematic mental health, old resentments, relationship issues, career adjustments, family problems AND the emergence of an incredibly clever serial killer who seems to always be one step ahead, the guys have had a hell of a lot on their plate.  But they’ve also forged new friendships, made a life as a family unit and even when things have got really tough, have never given up on each other; when things were at their most difficult (in Transactional Dynamics and Wayward) and they were on the outs, I never believed they were anything but completely devoted to each other and that they’d make it through the dark times.

But all good things must come to an end, so they say, and here we are, at the final instalment in what has been an absolutely compelling and engrossing series.

Fellow Gregory Ashe fan Em Wittmann and I devoured The Keeper of Bees and got together to discuss it in a joint review over at All About Romance.

One thought on “The Keeper of Bees (Hazard and Somerset: A Union of Swords #5) by Gregory Ashe”

The Ghost and Charlie Muir
by Felice Stevens
tagged:
to-read