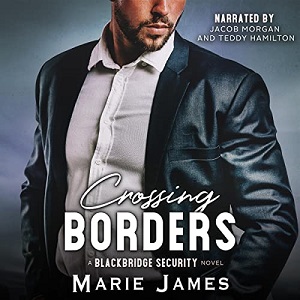 Although I take my job very seriously—being the resident charmer, the man responsible for helping clients with security, all the while making it look like I’m the newest love interest of insanely gorgeous women—it looks like it’s all fun and games. I’m getting paid to go on dates to some of the most glamourous places all around the world after all, but at the end of the day, it’s still work.

When the assignment is over, I walk away—usually with a smile and another notch in my bedpost, but who am I to turn down the perks?

This new assignment should be no different. I can play any role handed to me. Hell, I love a new challenge. Only Archer Bremen is different…and not just for the obvious reasons.

His British accent hits me in a way I never expected. The scowl on his face makes me think of a million things I could do to make it fade. His smile tells me that this new assignment is going to change everything….

I really wish North American authors would learn that there is NO SUCH THING as a British accent, and would stop using it when they really mean an (RP) ENGLISH accent.  Calling it a British accent is like me saying that someone from Brazil has an American accent – because they’re from America!

Crossing Borders is the tenth and final (and only m/m) book in Marie James’ Blackbridge Security series; no prizes for guessing why I’d skip over the first nine to pick this one up. It’s perfectly possible to listen to it, as I did, as a complete newbie to the series because while characters from the other books make cameos and references are made to past/concurrent events, there’s only one event that has a real impact on this story (and is dealt with in this story), so provided you don’t mind hearing from characters you haven’t met before, it’s all fine. The other good news is that – of course – the narration is excellent – the bad is that these two fabulous performers have yet to find new material that is the best use of their considerable talent.

That said, Crossing Borders is at least a step up from the last book they narrated that I tried to listen to (I gave up at 25% because I was so BORED) and on the last book they narrated that I reviewed; in fact it started really well, so that for the first half I thought I’d be looking at a solid B grade for the story. But, alas, the second half rehashes the same misunderstandings over and over again, includes a totally ridiculous plot point, and generally loses its way, ignoring some of the interesting things I thought were being set up to show character insight and growth.